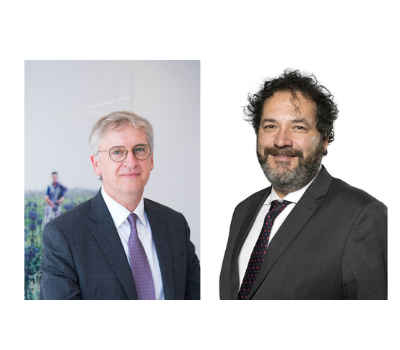 the Embassy and Consulate General of the Kingdom of the Netherlands

In 2022, the Netherlands will celebrate 50 years of relations with the United Arab Emirates (UAE). For the Dutch private sector, the United Arab Emirates is an important location due to the UAE’s role as a global hub, particularly for the MENA region but also beyond. This can be seen by the broad array of Dutch multinationals that have set up regional headquarters in the country, including Akzo Nobel, Boskalis, Damen Shipyards, FrieslandCampina, ING, Philips, Shell, TenCate, Unilever, Van Oord, Vopak, as well as the many small and medium sized enterprises, including many entrepreneurs who have set up companies here. These Dutch companies stand out in a number of sectors, such as water, agri-food, healthcare, maritime, and energy, and the Netherlands are one of the partners of choice to fulfill the UAE’s growth ambitions.

For UAE companies, the Netherlands is the gateway to Europe, with DP World, dnata, Emirates and Aramex as leading examples. Masdar and Mubadala are present in the Netherlands with valuable green investments.

The past years have been focused on Expo 2020 Dubai, as the Netherlands has participated via the theme “Uniting water, energy and food”. The participation of the Netherlands in Expo 2020 has taken shape in different forms, as the pavilion has played host to seminars, company events, networking receptions, signing ceremonies, and trade missions. Together with all sponsors and event partners we have managed to organize and deliver more than 100 events in the business venues.

We are very happy that we have been able to deliver a fantastic visitor experience to almost 1 million visitors from all over the world and that we showed that the Netherlands is a champion in uniting water, energy and food. The Netherlands pavilion is known for its sustainable, smart and honest design with a clear and relevant message for all. The Netherlands is walking the talk and is actively sharing ideas and showcasing sustainable solutions that tackle challenges worldwide.

We would like to thank the Netherlands Business Council, who have been key in making sure the Netherlands, would participate in Expo 2020 Dubai and contributing by organizing content-driven events aligned with the different thematic weeks throughout Expo 2020.

We have to realize that the important message that we have been communicating in the UAE does not stop here. ‘Uniting water, energy and food’ is such a powerful and effective message. It is the essence of what the Netherlands is about and we should absolutely continue to convey this message here in the UAE and in the wider MENA region. With the COP 28 as a dot on the horizon, we invite you all to stay connected, to stay united and to keep spreading the message. We will evaluate and will continue to follow-up and capitalize on all the traction we have created together with you.

The Dutch government in the UAE is there to assist the Dutch community, including businesses, and it is represented by the Embassy in Abu Dhabi, and the Consulate General in Dubai. The Netherlands Foreign Investment Agency (NFIA) located in Dubai is supporting companies from MENA region with operations in the Netherlands. Furthermore, the economic network in the Gulf Region comprised of the Embassies of the Kingdom of the Netherlands in Riyadh (Saudi Arabia), Muscat (Oman), Doha (Qatar), and Kuwait City (Kuwait) are also there to support Dutch economic activities and strengthen bilateral relations.